Saint John Vineyard is part of a growing family of more than 1,500 churches worldwide, including 50 churches in Canada.

"So what is 'the Vineyard' anyways? Do you guys grow grapes? Sell wine?"

You wouldn't believe how many times we've been asked those questions. So, if you're wondering the same thing, you're not alone. We admit, 'Vineyard' is a pretty weird name for a church. 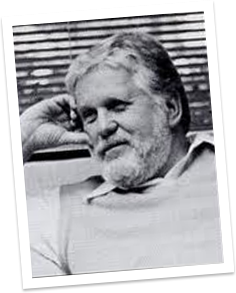 The Vineyard is a movement of churches that has its roots in the Jesus movement of the late sixties and early seventies where tens of thousands of young people came to faith in Jesus during a powerful time of spiritual awakening.

The first Vineyard began in 1974 with a small bible study in West Los Angeles, California led by a soft-spoken man named Kenn Gulliksen. This bible study quickly grew into a church and from that church grew six others that Gulliksen called 'Vineyards'. In 1982, Gulliksen handed over the reins of this rapidly expanding movement to John Wimber, a charismatic and evangelistic leader who impacted the Vineyard until his death in 1997.

Today, there are over 1,500 Vineyard churches worldwide.

Throughout our short history, Vineyard churches have been known for helping people find a fresh experience of God in an informal, culturally relevant setting. Many Vineyard songs are sung worldwide, across many denominations, reflecting a vision not only to build up Vineyard churches, but to bless and encourage as many churches as possible.